Is Your Soulmate An Idiot?

Lately, I think people are investing too much energy in the idea that they "must find their soulmate." Where do we get this idea that we are somehow not complete unless we are connected to another person?

What are you? An electrical outlet waiting for a plug, so you can finally light up the world? Frankly, when I hear the word "soulmate" I tend to give a little shudder, especially when I think about some of the people in my past that I have considered to be my soulmates. Quite frankly, most of my soulmates were idiots! The Buddha would say that they were also my teachers -- people I have known in a previous life time who have come back in this lifetime to teach me a lesson. Boy did they, but unfortunately, it sometimes takes several soul mates to teach us just one lesson. (Hint, hint -- I think the lesson is supposed to be about "letting go" and stop trying to control, or own people -- a common problem in this society.)

Most people think that they have found their soulmate just because they feel a strong connection to a person. Unfortunately, that connection may not have anything to do with spirituality at all. It is amazing how lust can convince us that we are spiritually connected to a person. The person may just seem familiar, because they remind you of an ex boyfriend, a parent, or even someone who molested you as a child. I also hate the way the term soulmate is often used by people as an excuse to stay in a relationship where they are clearly being abused ...half the time the abuser is using the concept of the soulmate as blackmail: "but you have to take this crap from me! You're beholden to me. I knew you in another life!" You can tell your soulmate is an idiot, if he left you eight months ago and you feel like he is still hanging around in your aura, or even worse, visiting you in dreams, or plaguing you with unwanted thoughts like "this was really all your fault, you know." Time to evict this tenant from your cosmic field.

When it comes to soulmates, I subscribe to Oprah's theory "that everybody is your soul mate." In theory, you don't have to have sex with every soul mate you meet -- a soul mate can also be a child, a relative, a co-worker or even just a good friend. One of the hazards of getting involved sexually and emotionally with someone who we believe was sent to us by God, or who we think was sent to us as "an angel on earth" is that we often become over attached to them and have trouble severing the connection. Notice how anyone you've gotten rid off doesn't qualify as a soulmate... but anyone who dumped you automatically ALWAYS makes the grade ... ironically, you hear most people describe the last person who dumped them as their one and only soulmate. If they were such a great soulmate, then why didn't they stick around to build a future with you? Oh right, your soulmate was an idiot, too. It's O.K. to admit your soulmate is an idiot, by the way. It makes the angels laugh ... Forget meditation. There's nothing that dissolves bad karma faster than a bit of humour. 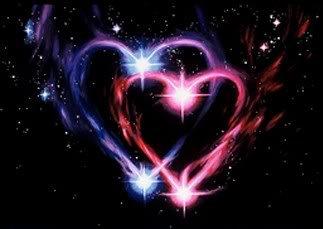 Twinflame Challenges Some of the difficulties that twinflames may encounter.