The Meaning of Synchronicity 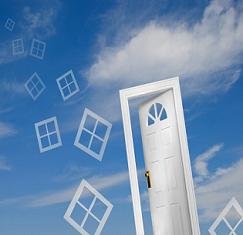 In physics, we are taught that every single particle in the universe has a gravitational effect upon every other particle, no matter how far the particles are separated. This unified effect supports the theories that all events are related, in some way, to each other. Thus it can be said that synchronicity is merely a very personal and subjective observation of this inter-connected universe of which we are but a small part.

Should synchronicity be a part of parapsychology-- or are para-psychological phenomena merely different manifestations of synchronicity? For example, precognition (the ability to see the future) can be imagined both as the ability to sense and predict the universal event patterns and to project them forward in time. But the same precognition can also be seen as having caused or triggered the predicted event. The association of the predicted event with the actual occurrence has no logical connection because of our concept of time. Nevertheless, the two events are somehow linked.

Synchronicity is also seen by some as a mystical event, one that illustrates how, at the same moment that a question arises, the answer too can be found. Again, the synchronicity events only seem unusual because they seem to defy our routine understanding of cause and effect and sequential, forward-moving time. Viewzone.com - Synchronicity

It is the nature of synchronicity to have meaning and, in particular, to be associated with a profound activation of energy deep within the psyche. It is as if the formation of patternswithin the unconscious mind is accompanied by physical patterns in the outer world. In particular, as psychic patterns are on the point of reaching consciousness the nsynchronicities reach their peak; moreover, they generally disappear as the individual becomes consciously aware of a new alignment of forces within his or her personality.

Number Synchronicity A Beacon of Light for the Soul's Journey stands as a definitive exploration of a phenomenon affecting millions of people around the world. This is an objective look at a very subjective experience, from a scientific perspective yet also offering a metaphysical approach. A nice balance of science and spirituality. Number Synchronicity

Have you been noticing The 11:11 Synchronicity or other triple or double digits (111,1111, 333, 1212) in a strange and synchronistic way? You happen to glance at the clock out of the blue and it's 11:11. You might see these numbers jumping out at you several times a day even in the most unexpected places, whenever you happen to look, there it is again. The 11:11 Synchronicity